Always liked costumes, liked making my own t-shirts and eventually I got the courage to start doing it more often. I met many who had the same interests as me and things took off! First portrayal was my own version of Alice, and later the Caterpillar because that book and movie is so classic and iconic.

Creating something from nothing. Becoming someone or something bigger than yourself. Turning both of those things into smiles on other people’s faces. Cosplay is community for me.

Ha, oh I will be that character! But it is a surprise that I will unveil as soon as it is finished! I would choose to be her because her abilities are remarkable, but her past is largely mystery. She and I also have similar features, so its like looking at my comic duplicate already!

I would want to meet Robert Smith and thank him for his music and for being such a massive influence on me only for the better.

Jurassic Park, hands down. I love dinosaurs anyway, but bring genetic manipulation into a story- and you’ve got something very interesting. It isn’t AI experiments, it isn’t cloning or resurrecting of humans, it’s extinct animals. There are a lot of inherit dangerous about playing with DNA like a toy, but at the same time it pokes at human curiosity and many “what if’s” about our nature. “Just because you can, does it mean that you should”, etc.

I don’t think I have “fans” so to speak, I’m just thankful people that like what I do. One follower made a beautiful digital manipulation of some of my cosplays that I loved…But nothing “crazy” really. It made me feel awesome to receive something like that!

Lying Cat from Saga. Not only is she a bodyguard of epicness, but the ability to know when someone was lying would come in very handy.

I’d say the most intimidating character would be Malekith, but I don’t know if I will do a cosplay of him! Though my frost giant was pretty intimidating and I finished that for the Thor 2 premiere!

Absolutely. I cosplay characters that I love, not just because I think they’re cute.

Phoenix because it’s my hometown and there are so many great artists and costumers here!

CF. What comic cons are definitely attending this year?

There’s nothing I don’t like that one of my followers has done, which is good!

I love cosplaying as Miss America Chavez because I love her and I’m a ringer for the part; also Kieron Gillen and Jamie McKelvie both gave it their approval!

Ha! If this is crazy, then I’ve been playing it way too safe! The craziest thing would probably be trying to crank out as many costumes as I am for Phoenix Con!

To do what you want, when you want, how you want, with the people you want. If you’re doing something you hate, you’re not living. 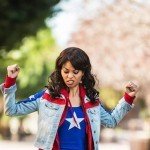 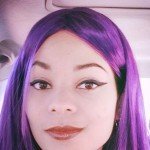 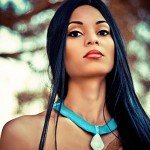 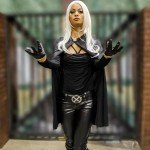 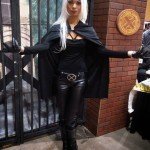 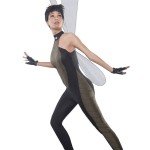 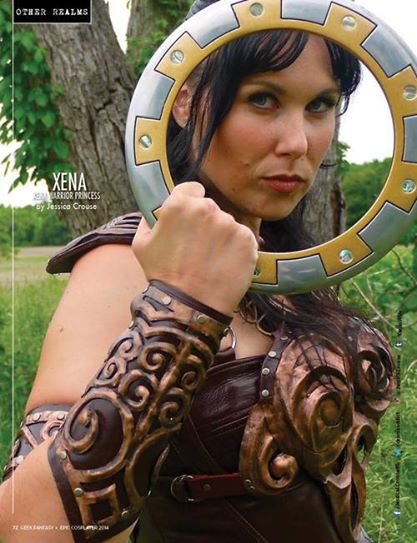