Cosplay modeling is something iv’e always wanted to do..so after many years of saving.. i finally got to portray my favorite video game character ever.. and thats Link from The Legend of Zelda 🙂

You get to step into that characters world.. you can close your eyes..and just imagine yourself in battle as they would be.. it’s a very magical feeling <3

With my passion for Zelda.. you would think i would say Link.. but actually i would be Lightning from Final Fantasy XIII As im portraying in this cosplay.. Shes silent.. reserved..very smart..and kicks loads of tail!!

Definitely King Henry XIII. My family has ties to his first rebellion.. so i guess the need to be and outcasted wild child runs in my veins 😉

Ok.. im a huge nerd.. so i can’t answer that question.. that’s like asking a mother to chose between her children 0_0

Actually a fan from Wisconsin sent me a Novelty Legend of Zelda tee and my favorite box of cereal (Resses Puffs!) in the mail for my 22 birthday XD

Of course!!! YOU DON’T WEAR THE BAND TEE UNLESS YOU LISTEN TO THE BAND! Same concept for Cosplay in my eyes haha! If you know the character your cosplaying.. you can better get into character!!

Comic Con in San Fran would be the ultimate goal.. alas.. tis only a dream

Honestly.. Link! I had his full uniform..with a few little extras like the spiritual stones..and an ocarina.. and since i know about him more than any other character i ever played.. i could really get into the shoot with him 🙂

Be a goof during the shoots and don’t forget..its all about fun!!

Shoot on top of an abandoned warehouse near my hometown..at one point the photographer almost fell through the whole dry rotted floor.. we made it out alive thank GOD.. but willl never do that again.. the photos totally rocked though haha!

To me the meaning of life boils down into 2 days .. the day you are born .. and the day you find out why .. once you find out.. you have found YOUR meaning to life.. because everyone has a different path..purpose.. and meaning 🙂 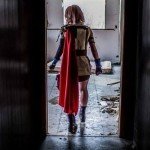 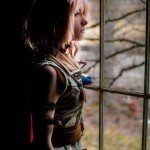 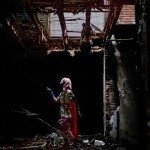 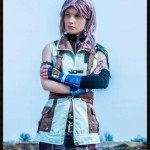 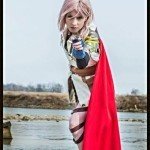 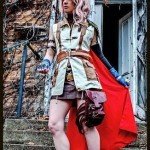