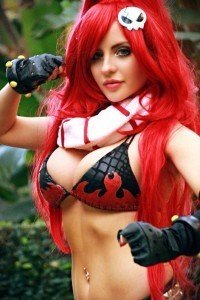 Popular cosplayers like Yaya, Jessica Nigri, G-chan, and Vampy all have a couple things (or more like 8 to be exact) in common. Boobs. “Well of course they have boobs, silly article writer”, you’re saying, “They’re women”. And I’ll agree with you, female form expert/cosplay fan talking to your screen. The discussion isn’t whether they’re normally developed women with breasts, it’s that they’re normally developed women with ‘tigol bitties’. So does the fact that they’re well endowed affect their cosplay?

Well I suppose it doesn’t hurt it. So perhaps the real question is what about women who (no pun intended) don’t quite stack up? (Just kidding. Pun totally intended.) Are women with smaller or even average sized breasts viewed less favorably? Or maybe it’s that women with larger breasts just received more accolades for their cosplay. Three major points come to mind.

To anyone who is even remotely familiar with Japanese games and animation it’s no secret that the female characters tend to be designed with a cup that runneth over. So is it perhaps that bustier women just fit the body types of most character designs better and thus tend to be better received? Of course no one can achieve the anti-gravity, physics defying, matrix-esk movements of anime boobs; but maybe just the fact that there’s a set of huge boobs popping out of a costume is enough for some fans. And maybe that makes sense.

Sex sells. Definitely in America, and I would think most other first world countries as well. In an ideal world we would all be judged based upon our personalities and general character rather than our personal appearance. And this isn’t to say that more busty women have “X” personality types and smaller chested women have “Y”, because that too is unfair judgment. But people tend to look first and make judgment calls later, and it’s just human nature. So in a market that, as a whole, tends to be more sex driven it makes sense that generally speaking a woman with large breasts might be, at least initially, more aesthetically pleasing in any arena – including cosplay.

All this being said, there are plenty of women of all shapes and sizes who excel at the craft and perfectly embody their character, and quite frankly more power to anyone willing to be themselves and go out and cosplay. It just seems that the popularity of female cosplayers is trending in the direction of more busty women. Of course correlation is not always causation. The female cosplayers listed in the beginning of this article are all extremely talented and excellent in their craft. However the question remains: does breast size matter in cosplay?

Bree The V: Cosplay and Family 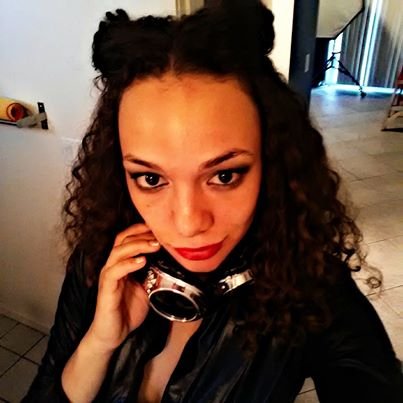