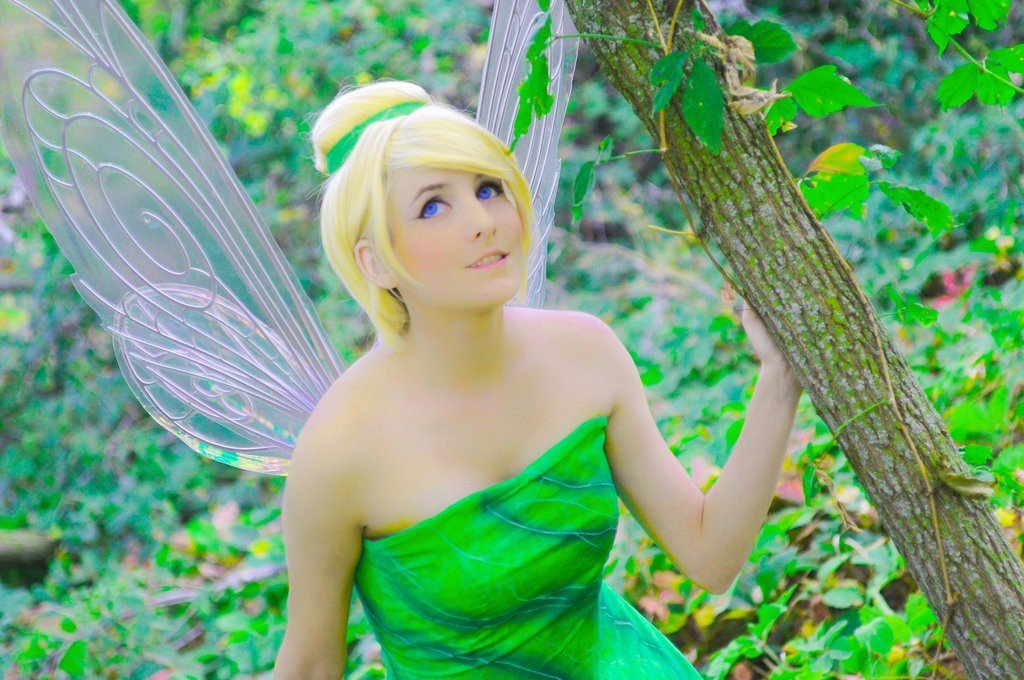 FH:A friend got me into a con when I heard about it, I just had to go cause I love anime and Manga! My first ever cosplay I made and wore was Sango from Inuyasha, I loved her to death, she’s so cool and badass!

FH:Hmm, Tough one……. Harley Quinn! I loved her in Batman the animated series so much! her personality really struck me and you could never really hate her even if you wanted haha she’s too adorable and fun!

FH:Selena Gomez, I loved her show Wizards of Waverly Place, and I’d tell her she’s super pretty and that that show so needed so many more seasons, cause I never wanted it to end!!!!

FH:Currently it’s not Guardians of the Galaxy! I felt it was so good and it kept me wondering how the movie was going to go, Since well you never know how the movies gonna turn out from how you imagine it to ya know?!

FH:I haven’t had much creepo department yet, but a few cons back someone asked for a selfie kissing them and I said umm noooo…..Sorrryyyy… haha

Hitgirl from Kickass! Cause she’s super skilled and tough! I really loved her character and she’d be great to have around to get rid of scary people around, I’d feel safer walking around for sure.

FH:Currently its my Janna cosplay the Victorious skin from League of Legends since I want it to be flawless, I’m slowly tackling it now actually.

FH:I do! I tend to Cosplay from things I really love or play etc, cause it’d be weird to cosplay characters I knew nothing of, I’d only do it if a friend needed someone to fill in and even then I’d at least get some knowledge in before the coslay happened as much as I could.

FH:C2E2! It’s my favorite comin con! I love the area, setting and it was my first comic con so I hold it dear! I met my favorite Idols there as well and some really memorable shoots with my friends that I won’t ever forget!

FH:this year con season s over almost, so Next year is still C2e@ and after that hoping for NYCC or SDCC!!!

FH:message other cosplayers for s4s…..it is a huge trend and I am not okay with it being spammed in my inbox! Other then that I wish they wouldn’t disrespect anyone’s cosplays just cause they might or are revealing! that isn’t okay and people should have some tact!!

FH:Fionna from Adventure Time! I loved her personality and fun and colors and getting to meet all the other Adventure Time fans! but mostly just being able to be a cute bunny girl was always so much fun, I don’t think I can retire her!

FH:Being myself, nerding out with my friends, and when sewing happens, lots and lots of music and movies to keep me going, cause I don’t love sewing too much!!! haha, other then that I just make sure to always be working on something or being a part of things with people that make it worth all the stress it can give somedays.

FH:Move across the country when I wasn’t ready yet, I didn’t move but I agreed and was about on my way out….at the end I finally came to my senses that waiting is a good idea for now.

FH:PEOPLE! I can’t stress that enough, Family and Friendships, Memories and fun, You only live once, make it count!!!!! I am a strong believer in working as little as possible to not be trapped, I don’t want to be the girl who spends more time with her co workers then her family and friends, even though I can’t get out of that, I still always try my best to haha!
TInk photo by: Katie Klis
Fionna and Cake the Cat by: Starfall Photography
Panty and Stocking girls by: Eleventh Photo
Fionna by: Eleventh Photo
Katara by: Eleventh Photo
Arisa swimsuit photo by: Elemental Photography
Mikuru by: James Phan Imagery 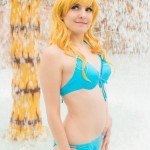 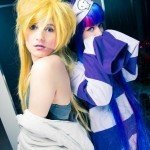 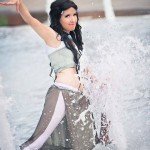 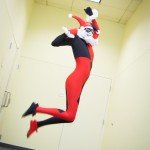 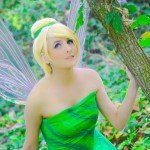 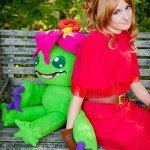 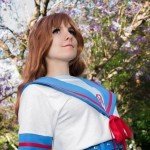 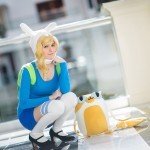 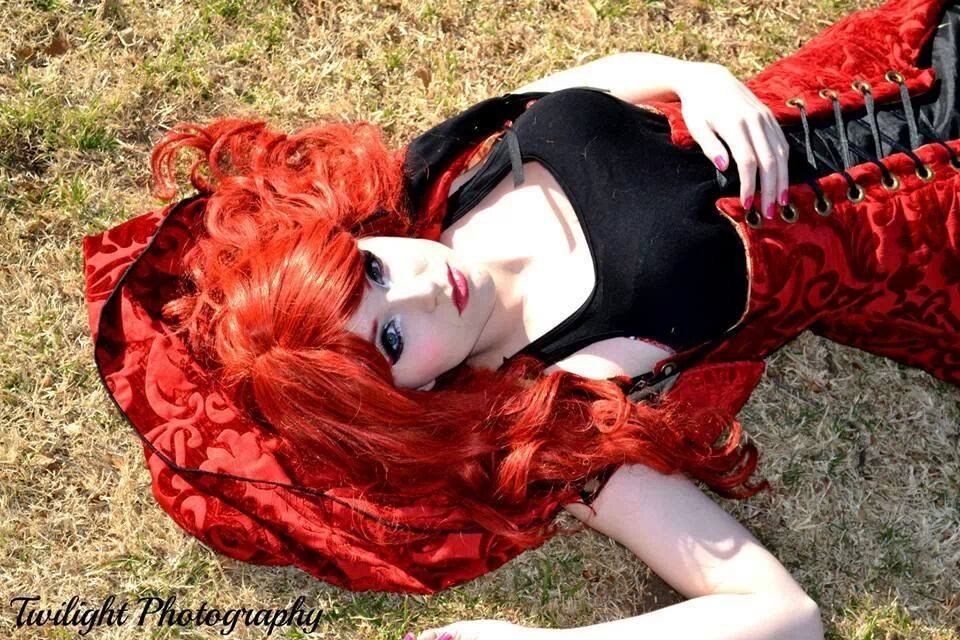 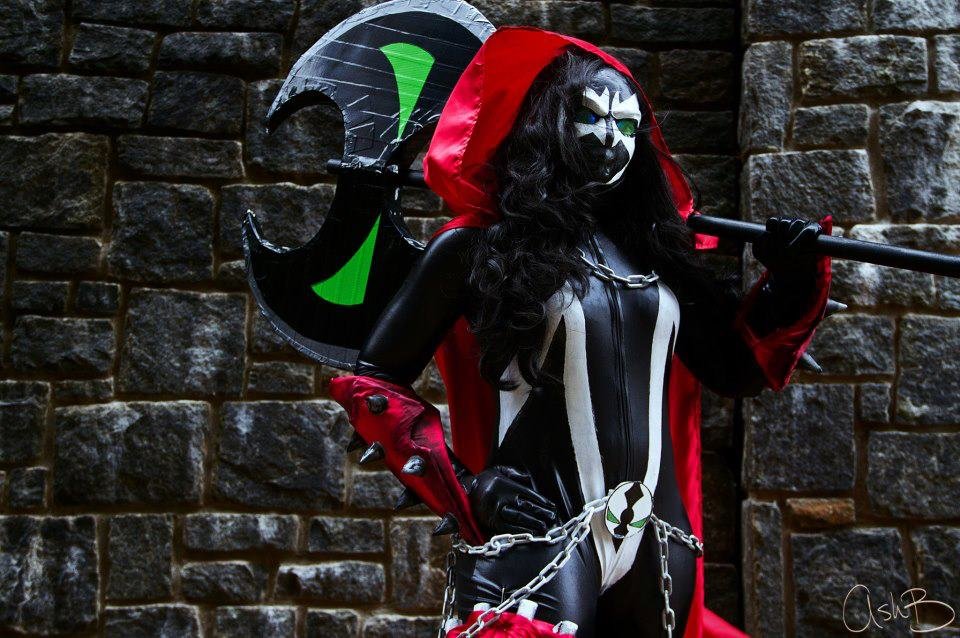